On the last Bill Maher show, he railed against spending on the arts, even though his panel disagreed strongly.  Russell Simmons's views are much more like my own.  This is what we are fighting for, the good things of life.
Posted by Bruce Gionet at 6:12 AM No comments:

I was recently made aware of the origins of the OWS brand, which started with the Kalle Lasn of Adbusters.  There is an excellent piece on him in the New Yorker also.  Today's Morning Joe had Russell Simmons on, one of my personal heroes, talking about this very subject.  I had to tune out to start this, but his point seems to be that revolutions evolve, and expecting leaders and clear doctrines to emerge immediately is unrealistic.  art education
Posted by Bruce Gionet at 6:02 AM No comments:

Watching a PBS Indy Lens film about car design.  Made me think of a poem I remember reading as a kid, I think in "A gift of Watermelon Pickle".  It was about aliens who came to this planet and reported back that the inhabitants had 4 wheels and transparent bodies that enable them to see the innards (brains).
Check out IDEO.
Posted by Bruce Gionet at 9:03 PM No comments:

I hosted a “Day of Action” rally yesterday in my suburban New Jersey town. I was asked by many why I did it, and quickly discovered I could not answer that in one sentence. So here is why.

We have now gotten used to seeing the crowds of mostly young people in Zuccotti Park and other locations. Especially during the prolonged encampment, they were looking a little scruffy (or worse). The confrontations with police were to be expected. I went downtown a couple of weeks after it started, mostly out of curiosity, although I supported the effort.    For the most part, the people who made up the crowd looked remarkably like the people going in and out of the office buildings (except not wearing suits).

I am one of the other 99%. I am not a joiner (except professional organizations). My family has a comfortable life. We are regular people, neither rich nor poor. We have lived by the rules. My wife and I are college graduates and have each worked since we were teenagers. We have a nice house with a mortgage and two children who attended public schools and are now in college, thanks to scholarships and loans. We raised them with decent “American” values based in large part on those of our Judeo-Christian tradition, and although they attended religious school they respect the beliefs and tolerate the outlooks of others.

We met in New York City in our twenties. We married and had children when we knew we could afford to raise them properly. We held good jobs in Manhattan and commuted by bus because it was cheaper and, we felt, an easy way to lower our carbon footprint, as they say now. We taught them the value of education and that with rights go responsibilities. We enjoyed the cultural life of the city and the natural beauties of the outdoors. We chose to live in a town with a diverse population so that they would be better prepared for living in the “global village”. But they knew people who lived all over the country, and considered their choices of home as valid for them as ours for us. So we are some of the lucky ones.

Many of the people I met yesterday had also considered themselves lucky, but believed they too had earned their places in society. But now they are facing unemployment, foreclosures, or worse. Those who are my age are worried that the world their children are entering is filled with such meanness of spirit and greed that they will have little opportunity to live successful, fulfilling lives, or even just be able to pay the rent. As much as we love them, we really don’t think they should be living in our basements forever.

I grew up in Massachusetts, one of five kids. My parents were teachers, and our friends were families of teachers, tradesmen, and people who worked at the plant (General Electric). We knew some lawyers, doctors, and businessmen who were wealthier, but other than while working for the landscaper who cut Jack Welch’s lawn, I had no contact with the “captains of industry”. But even the oligarchy seemed to have some sense of noblesse oblige. Our parks, our public buildings, our social service agencies, all bore the
marks of smart investment of public monies, in addition to the gifts of those who had benefitted from the free market and the sense of possibility in this country, which the less fortunate were, and still are, going off to war to defend. Those in public office considered it an honor, and took the role of “public servant” seriously. Of course, our hero was JFK, and we all believed in his famous words, “ask not what your country can do for you but what you can do for your country”. Where did we go wrong?

I do not expect, or want, to go back to the America of the past. It had plenty of problems. But I find it offensive, and clearly unsustainable, that the people at the very top take more and more, failing to admit that their greed means that fewer and fewer Americans will have the kinds of opportunities the 1% were able to parlay into fortunes. While our young people die on battlefields to feed the oil-hungry machine, and many more languish in prison for offenses that are not even crimes in much of the world, our nation of idea people loses the resources to improve the lives of all. If we put these people to work on scientific advancements and new technologies, we could end our need to chase fossil fuels. And clearly if these resources could be used to rebuild and repair our infrastructure, we would be a far more attractive place to do business in the global marketplace.

Government is supposed to provide public services that are not profit- centered. To think that all of these services can be privatized assumes that the profit motive is central to the human spirit and of the utmost importance, which is pretty sad, and found nowhere in our Constitution. This is just common sense. The 1% should all be reminded that people of the 99% will be the ones caring for them in hospitals, and likely at home, at the ends of their lives.

What has happened to the idea of the “social contract”? We, the other 99%, believe that all of us rely on one another for our basic needs as well as our desires, and our way forward should be based on each of us re-affirming that commitment.

Posted by Bruce Gionet at 1:47 PM No comments:

Everyone on Facebook should listen to this speech at MIT by Mark Dery -- just the first 40 mins or so, after that it is another author, not relevant.  You can listen on your ipod, your virtual friends won't know;)

You know I am a big fan of Malcolm Gladwell, and found Jeff Jarvis's book "WWGD" fascinating and valuable, although I agree with the speaker that his desire to share every detail of his cancer online is disturbing.
http://cms.mit.edu/news/2011/04/podcast_mark_dery_facebook_of.php#more

Memorable quotes (memes), with links to others' takes on these:
"To Facebook you are not a client you are the product"
privacy is dead
privacy is dead -- start at 03:15

Posted by Bruce Gionet at 10:28 AM No comments:

just as it ever was:
kidnapping
Posted by Bruce Gionet at 11:28 PM No comments:

are more like now than we think.  The revolution will not be televised.  It will be a webcast. 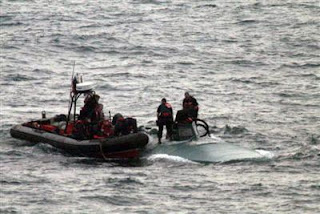 does anyone read this?
Notice how as things fall apart, it just gets even slower...
Heard on NPR today about this guy anderson, got blown up.  IEDh idden in curb.  lost piece of right hand, left hand.
Posted by Bruce Gionet at 11:51 PM No comments: